After some in-depth analysis, I've found that the registry data actually does not get corrupt, but it is not updated and synchronized as it should.

When you change an audio configuration in Windows, it is applied to both the driver and the audio engine.

The bug affects this process: the driver configuration is updated but the audio engine is not.

However, if you change the bit depth keeping the same sample rate, the configuration is properly updated.

I wrote a small utility dubbed "Audio Format Utility" as a proof of concept.

It reads the stream format data from all audio render (output) devices present in your system and displays both Driver and (Audio) Engine values.

You can clearly see the configuration mismatches when audio playback is not working.

Changed from 5.1 to Stereo, no audio: 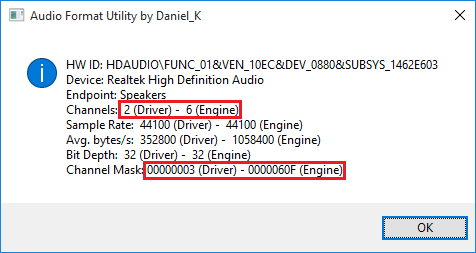 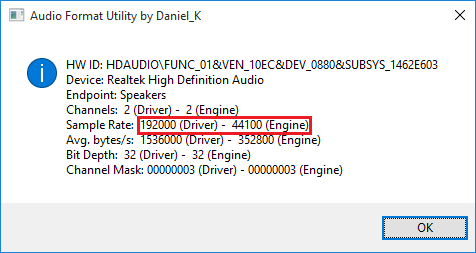 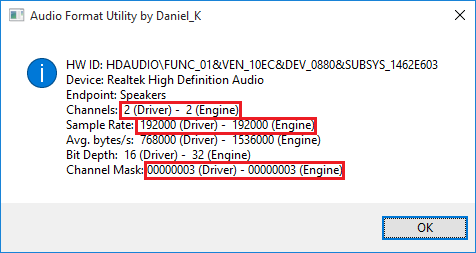 I've said before and repeat here.

Personally, I think Microsoft is screwing up this release.


It's all about making money with the Windows Store and release the unfinished OS as fast as possible.

So close to RTM, Windows 10 suffers from such annoying silly bug in its audio subsystem.